We love hearing about our Jasmine brides love story and where it all began. Today, Maricar shares hers and it all began with potato salad at a BBQ.

Maricar and her now-husband, Edzel, met back in 2011 at a BBQ gathering in Cherry Lake that she and her friend had organized. Looking back on that day, Maricar remembers the first thing she ever said to him. “Would you like some potato salad?” But her question was left ignored. Although, they would see each other at parties where he mixed a drink for her and soon enough, they became friends. They began messaging each other and quickly started hanging out.

Maricar knew he was the one when she realised that she can talk to Edzel about anything and everything, he looked and cared after her. And he was always there for her to turn to if my other friends were being unpleasant, he was hilarious and always kept her laughing. Ezdel was true to himself and down-to-earth. Both Maricar and Edzel have so much in common; she says, “he is amazing in every way!!!!!!”

Maricar: “I used to work on Sundays. So he told me to ask for leave because our friend is moving overseas permanently and they wanted to organise a surprise party. I was excited because they booked a house in Ocean Grove.

My then boyfriend was mixing drinks in a big bucket and asked me to taste it. As I was pouring it into my cup, I took a sip and turned around and before I was able to say ‘it doesn’t taste that strong’ – he was down on one knee, looking at me with the biggest smile and a ring in a box!!!!

I froze. He froze. So I said, ‘Aren’t you going to ask me?!’ (because we were just staring at each other) and so that’s when he asked ‘Will you marry me?’.”

For Maricar, her dress shopping experience was surprisingly quick and easy. Her and her eldest sister start with googling bridal shops in the area as she did not want to go to a place that would be too expensive. They ended up finding a small boutique in Werribee, so they popped in. Georgina was so amazing and so helpful. Maricar tried on 7 dresses and was set on one and put a deposit. She went home and showed photos to her mom and sister, they loved it! Maricar also showed her dad and he was unsure. Then she showed the other dresses and he liked one of them. It made her realize that she actually likes that one too. Maricar called Georgina and told her she changed my mind!

The Jasmine dress that Maricar chose made her feel beautiful and ready to be a wife. It was simply perfect. 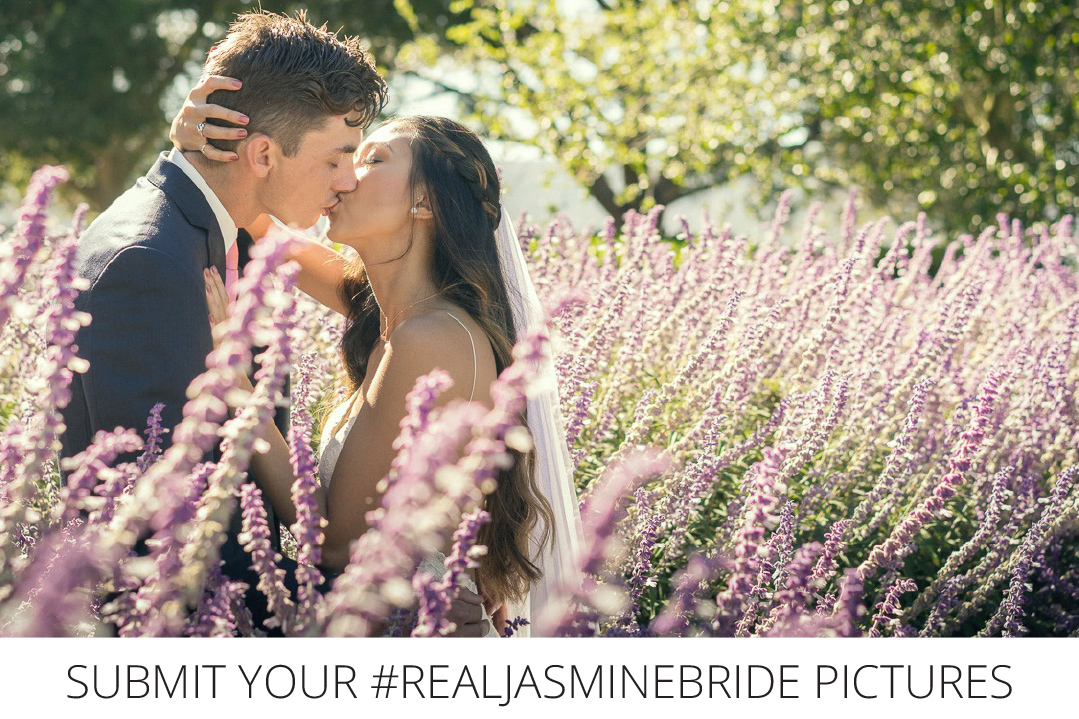 Multi-use bridesmaid dresses can take your bridesmaids wardrobe to new heights.Yes, our Jasmine dresses were made for weddings, but they can be worn for so much more! Give your girls a bang for their buck. With our Belsoie, B2, and JB bridesmaid collections, your bridesmaids can save money and closet space. We’ll show you our favorite picks from each line so you can make the best out of your wedding budget!

Jasmine Spring 2020 is OFFICIALLY out! We’ve been (im)patiently waiting, but now we get to share this gorgeous new collection with you. Plus! Privé by Jasmine, our new silk collection of mix-and-match bridal gowns. From color-blocking bridesmaids, to angel wing sleeves for mothers, Jasmine brings red carpet looks to the bride tribe. And with Jose Dias as new lead designer, this season breathes life into the bridal industry. Take a look at our favorite styles to go with the wedding of your dreams.

The Ever Popular Illusion Wedding Gown

Illusion wedding gowns are a popular trend today with beautiful sheer fabrics and illusion lace designs. There really is something so intriguing about these dresses […]